I don’t remember the name of the judge (male) nor the prosecutor (female). The judge, I was told, is involved in many of the cases revolving around EG 2015, and takes a critical attitude towards RWE and mining in the area.

I was second out of two cases about Landfriedensbruch against two Danish women.

As with the first case, the prosecutor had not read the case report, nor cared to prepare any kind of prosecution against me. The only question she asked the five witnesses (male policemen, age 26-34), was if they recognised me – which noone did. Nonetheless, the first witness spent a lot of energy emphasizing that if there was a report/kurzberichtung available, then I must be guilty in something – even if he or his collegues could not remember having seen me do anything illegal, or remember me at all. The last witness stayed after his testimony and was there for the dropping of the charges (einstellung). He became furious and yelled at the judge and the prosecutor to do a better job and at the defense lawyer that he was defending professional activists (Berufsaktivisten) and should be ashamed of himself. The judge remarked that now the police had received a lot of extra resources so maybe next time they would be able to write better and more fulfilling reports.

During my case, there was doubt about whether the one picture (at the station, several were taken from different angles and of tatoos etc.)
that was in the file of poor quality, was actually a picture of me. In the end, the prosecutor, the judge and my defense lawyer decided that it was me on behalf of my nose piercing, but before that happened, the prosecutor blaimed the witness (the last I think) for mixing up details of contact information, date of birth etc and stated several times that she had a big problem with not being sure if I was acutally the correct person to prosecute. There was no mentioning of any problems with me having given wrong information to the police during the questioning of me (which they did with poor English and google translate).

The charges were dropped due to lack of information about what I had actually done before being arrested. 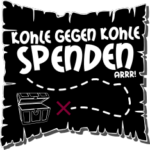